get in touch

/
About Us 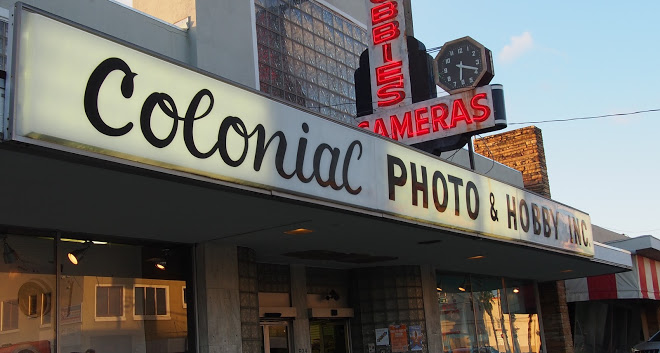 In July of 2014, Colonial Photo and Hobby (CPH) celebrated 60 years of service in the Central Florida community. In July of 1954, Don Rausch and his wife Bobbie opened the doors of Colonial Photo & Hobby in the general vicinity of where it stands today. We started with $3,000 in seed money and spent the funds on our first supply of cameras and film, hobbies and store fixtures. Sales at first were slow but steady, and we started to grow. In 1958 we moved to 643 N. Mills and expanded at the same time. We made the move from our old store to the new one in a single weekend. Great customers and employees helped to push merchandise across the street in boxes. As we continued to grow, our need for space grew right along with us. A few years later, we made another weekend move to 636 N. Mills Avenue. This location was next door to our current place of business. Twelve years of steady growth went by and we began once again to look for new space. Our Realtor approached us and wanted to know if we were interested in the property next door. This was the PUBLIX SUPER MARKET property that was for sale. The property was actually owned by Mr. Jenkins and his wife who were the founders of the Publix Supermarket chain. We had our grand opening at the facility we now occupy in October, 1973. Delta Burke, then only 16 years old, was hired as the official hostess of the event and gave out door prizes and gifts. All of the camera and hobby representatives and all the help we could muster turned out on that day. Thanks to their efforts, it was a great success. Shortly afterwards we added picture framing.

Howard Welch, a good friend who had owned his own framing shop some years before, came to work for us at the age of 72. He taught us the framing business and he was instrumental in getting the shop and everything set up for custom framing. Steve and Mike Rausch came into the business at this time. They began to learn the business from the ground up, working here while they were in school. They would work weekends, during the holidays and whenever they had the time. Colonial Photo and Hobby has continued to prosper along with the rest of Orlando and the surrounding communities. One more transition occurred in the late 1990′s when Steve and Mike took over running the business completely. The business has flourished under their management. Additionally, two expansions have brought the store up from 10,000 to the current 15,000 square feet. In June of 2014 we officially celebrated 60 years of business. We are extremely proud of our office staff and sales associates, many of whom have been with us for years. And of course, we have great customers, without whom Colonial Photo & Hobby could not exist.